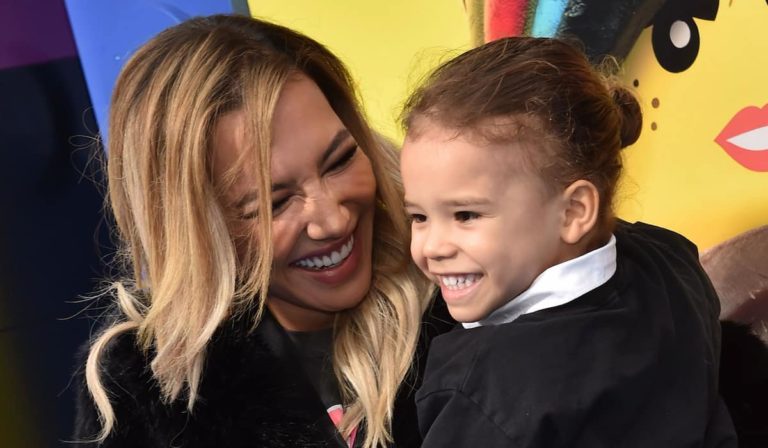 Naya Rivera’s Son Josey Hollis Dorsey is adored and cared for by his doting father Ryan Dorsey. Ryan currently has full custody of Naya Rivera’s son Josey, which seems to be how she would have wanted it considering the two shared custody of Josey before Naya’s devastating and untimely passing.  It has been around 8 months since the tragic death one of Glee’s most beloved stars, Naya Rivera who was not only known for her beauty and talent but also her philanthropy, empathy and compassion toward those less fortunate than her.

Rivera not only left a lasting legacy behind for those looking to get into acting music and TV but also a 5-year-old son, Josey Hollis Dorsey who she had with her ex-husband Ryan Dorsey. Naya Rivera’s son has become the attention of social media as fans all over the world show their support for the late actress’s only heir. In this segment, we will not only learn about Josey Hollis Dorsey’s early days but also share some details on who will raise Naya Rivera’s son, does Ryan Dorsey has custody of his son and more. 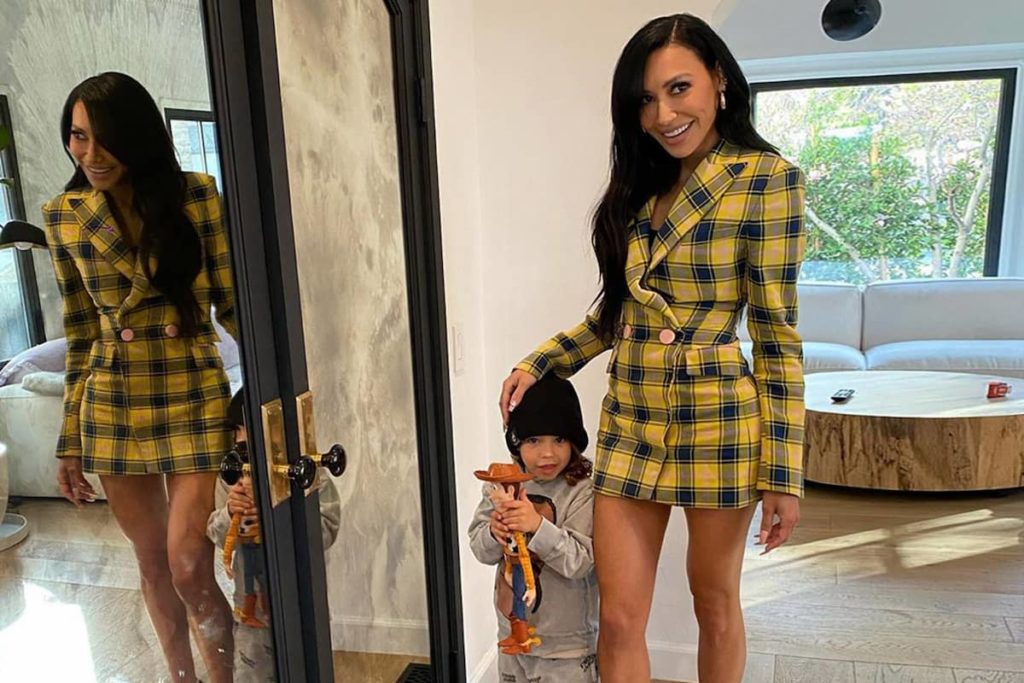 Just like his mother, Naya, Josey Hollis is also of mixed ethnicity sharing the lineage with African, Puerto-Rican, and German American descent from his mother’s side while a caucasian American lineage from his father’s side. It was known that Josey was Naya’s rock. Whatever Naya Rivera did in her life was all for her son. Naya Rivera’s son was attached to his mother and did all sorts of fun activities. An insider report states that the two were inseparable and if they were together, there wasn’t a moment where Naya Rivera’s child was being smothered by Naya.

Before we spill some juice about what Naya Rivera’s son is doing these days, how he’s coping up, let’s go a bit into the past to discover the relationship between Naya Rivera’s son’s parents, Naya and Ryan.

Naya had her fair share of relationships throughout her life. Her relationships were affected by her early childhood days when she saw her parents split soon after she was born. Having a troubled childhood, she continued to have ups and downs with the people she had gotten involved with. We’re not going to get into all her relationships, however, before she settled with Ryan, her last ex-husband, she was involved with Big Sean.

Big Sean and Naya had announced their engagement, however, before the big date, Naya decided to call it off. 3 months after breaking up with Big Sean, Naya got together with Ryan Dorsey who she believed was the one for her. This was not their first rodeo. Naya had known Ryan for quite a while before even they were dating. They had interacted on multiple occasions and in her book “Sorry not sorry”, Naya made a startling revelation. While being friends, Naya had gotten pregnant with Ryan’s child, however, she never informed Ryan and chose to opt for an abortion. This news was something that shocked everyone as she never revealed these details before and Ryan never knew about this.

She went on to mention that the child was hers and it was her body thus making it her decision to go with having the baby or not. She chose the latter. When Ryan came to know about this later on in life, he was upset that Rivera never mentioned this as he wanted to be there for her at the time. Ryan also went on to say that he understood the decision Naya took and would’ve supported her in any way possible if she had come to him with this news. Naya said in an interview that Ryan is the sweetest person ever and after hearing that from Ryan later on when they were married, she fell in love with him even more.

After a few more random encounters, she slowly realized that Ryan Dorsey was a larger part of her life than she had imagined. She decided to tie the knot with Ryan in 2014 and soon in 2015, the world heard of Naya Rivera’s baby announcement with Ryan. However, not all was perfect and beautiful in Naya’s world. There were ups and downs in their relationship with Naya being arrested for battering Ryan at one point. The two mutually decided to call it quits almost three years after Naya Rivera’s baby announcement and a divorce was filed two years after the marriage. However, questions like who will raise Naya Rivera’s son and does Ryan Dorsey has custody of his son started to raise eyebrows in the entertainment industry.

Naya was not able to raise her son alone and required the father to be present too. She did not feel that a son should be born and stripped off from his father’s love and attention. Hence, the two decided to raise the child together even after the divorce. Ryan always mentioned how much attention Naya Rivera’s son got from both the parents however Naya was the one who couldn’t live without Josey. All the things she wanted to do in her life and career were for Josey Hollis Dorsey and it was apparent from her Instagram and social media posts. She and Ryan would post pictures of the parents doing activities with Josey like dressing up as superheroes or going for picnics and more.

There wasn’t a moment in Josey’s life where the parents never gave any attention. A media report stated that Naya Rivera’s son and Naya were inseparable. Josey Hollis enjoyed dressing up as different characters and that was evident from social media posts with Naya always joining the dress-up fun whenever she could.

“Josey is Still Waiting for His Mom” – Ryan Dorsey

From the heading of this, you may have realized that the next bit of content is not only heartbreaking but also shocking. For those of you wondering “how did Naya Rivera die”, it was a tragic incident held at lake Piru. The celebrity had taken her son on a boating trip but they never returned triggering a search party. As the search continued, Josey Hollis Dorsey was found in the middle of the lake sleeping on a boat. 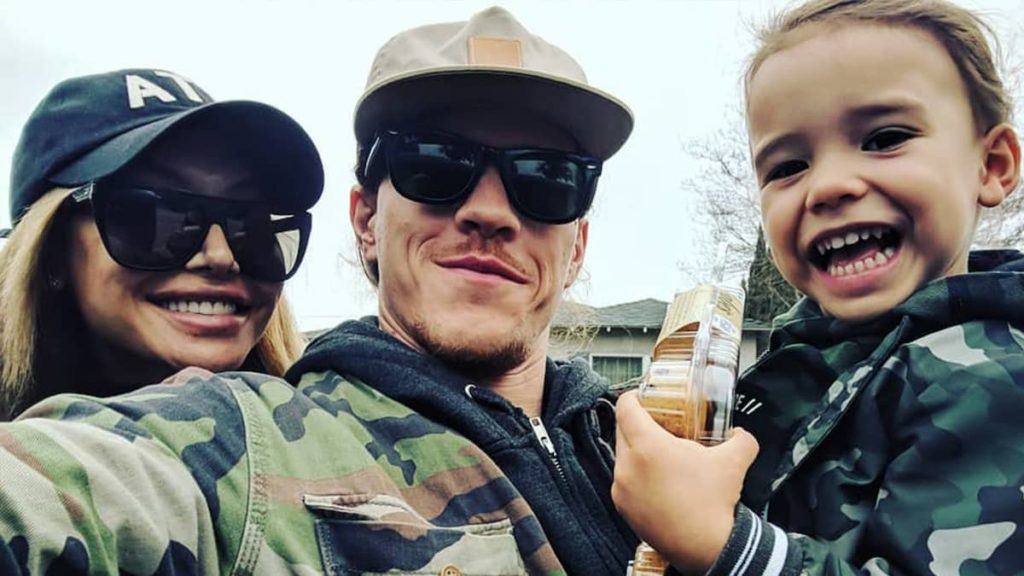 Upon bringing Naya Rivera’s son to safety, Josey was asked where his mother was. The half sleepy child started to recall the incident. It was understood that the currents and violent winds had turned the boating trip into a disaster. The two had gone swimming in the lake abandoning the boat, however with the weather going rogue Naya struggled to return to the boat with her child. Rivera used her last bit of energy to push Josey on the boat before drifting away and disappearing into the lake according to her son. The iron-willed woman had saved her rock, her support, and her heir before being consumed by Lake Piru.

Months after the incident, media outlets had reached out to the grieving family to take updates on Ryan Dorsey and Josey Hollis and how they were doing. Even to this day, the family is devastated. Ryan recalls how Josey had seen his mother disappear into the lake without even saying goodbye stating that Josey is still waiting for his mother to come back. Upon saying that in the interview, audiences had goosebumps and sad emotions ran across the room. Ryan went on to say that Naya Rivera’s son was the reason why Naya worked so hard and started her philanthropic efforts in the last bit of her life. 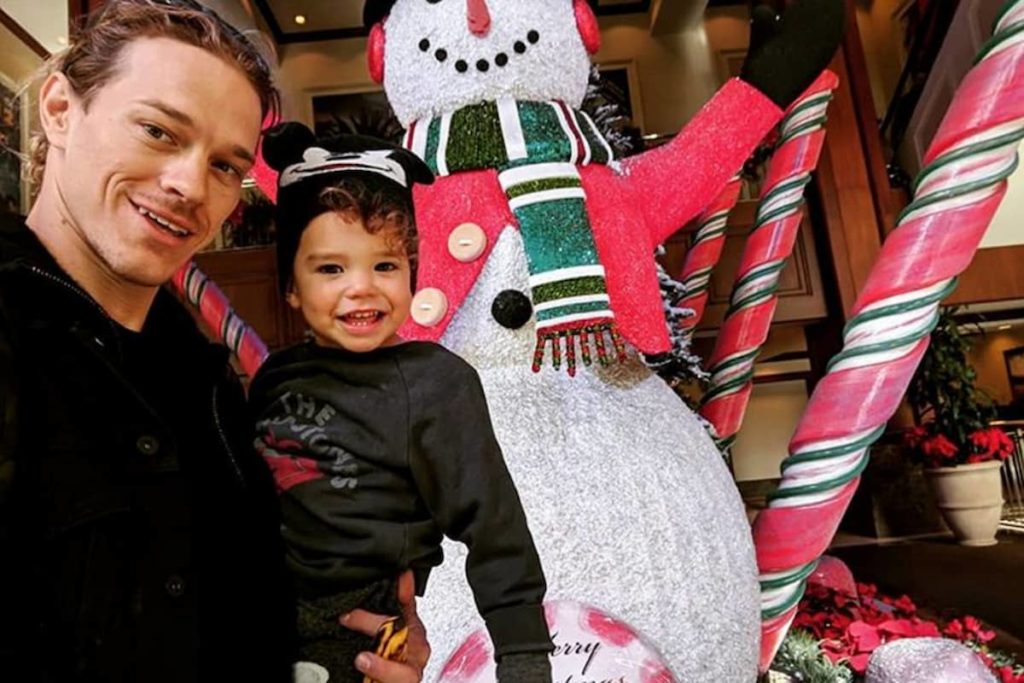 Before Naya Rivera’s death and after the divorce of the couple Rivera and Dorsey, the two had mutually agreed to raise the child together. Both of the parents had shared custody of Josey Hollis Dorsey so that the kid does not grow up without a father figure or a mum by his side. The two had come to an understanding and would visit each other to ensure that the son never felt that the couple had separated. This was a decision that had melted the hearts of the new generation who slowly learned that being independent does not mean being lonely. The two would take Josey out on activities, events, and even picnics which many were inspired by.

After the death of Naya, Josey was told by his father that his mother was now in heaven. Upon hearing that, Josey Hollis Dorsey responded by saying that he wanted to go to heaven to meet his mother and stay there. This shattered the world as Ryan went on to say in an interview that these words should not be coming out of a five-year-old kid and he wishes that no one has to go through with what Josey is feeling right now, devastated and waiting for his mum to come back home from the boating trip.

Although close to her mum, Naya Rivera’s son also had a great relationship with his aunt, Nickayla Rivera. According to Ryan, Josey Hollis Dorsey had demanded that he spend a bit of time with Nickayla to get his mind off things. Nickayla was known to spend quality time with Naya Rivera’s son and often made efforts to take him out for activities. However, after a couple of days of spending time with Josey at her own house, Nickayla had announced that she will be moving to Ryan Dorsey’s house to ensure that Josey Hollis Dorsey was raised properly.

This had sparked a lot of controversies stating that Ryan had moved on and is now dating or involved with Naya Rivera’s son’s aunt, Nickayla. Many took to social media by posting pictures of Nickayla entering the house of Ryan and being seen together at different spots around town. This spurred a topic on whether or not the two were dating, with many commenting on the social media posts that they weren’t sure what was going on but if it was better for Naya Rivera’s son then they supported it.

Naya Rivera’s sister and Josey’s aunt, Nickayla with Ryan broke their silence on the rumors floating around that they were dating. Ryan called it absurd and went on to say that Josey Hollis Dorsey decided to have Nickayla around. Ryan also said that it is a difficult time for him as well because he wants Josey to grow up around his family while he is focused on his career at the same time. In the hopes of balancing the two, he had agreed to his son’s wish of having Nickayla move in.

Ryan Dorsey stated in a recent interview that the family is learning to come to terms with what had happened but they are still grieving. Especially Josey who is still waiting for his mother to show up anytime. Josey was very close to Nickayla who he also called “titi”. Ryan said that it is very sad to see how the world has reacted to the moment where Josey’s family was there for Josey Hollis Dorsey. Naya Rivera’s son’s age is 5 years as of now and Ryan went on to say that it is important for Josey not to feel anything is missing and hence he is always around his grandparents, Nickayla and his father Ryan. He also expressed his gratitude to the Rivera family for reaching out and helping Ryan and Josey Hollis Dorsey deal with this tough time.

We’re not sure what the future holds for anyone let alone Josey, however, we do feel that growing up with the entire family as one is the best way for a child to learn, grow and support each other. In this tough time, Naya Rivera’s fans are willing to support the child in every way possible from popularizing his social media presence to giving Ryan suggestions on how to deal with the grieving situation in a way that is also beneficial for Josey Hollis Dorsey.